Yes I know it's been ages since my last post!

12th September to be exact but hey i've been busy with the Byway Nomad Project.

But first a very Merry Christmas to all readers.

The last time I reported, back in May I had 50 subscribers on Youtube and 139 followers for the Facebook Page.

As of today I have 89 subscribers and a whopping 480 followers for the Facebook page!

Also in May I had published 82 videos but now have 141 available.

Having covered the Peak District National Park, I have added green roads from Cumbria, Hertfordshire, Buckinghamshire, Northamptonshire and Oxfordshire and most recently Gloucestershire.

Next on the list will be some Hampshire and West Sussex green roads when I get out to recce a new route for Rallymoto.

It would be nice if some of those on Facebook would subscribe on Youtube too, only 11 more and at 100 I can start doing more stuff like getting a custom URL. Instead of the totally unrememberable

And it would be nice to get to 500 Facebook followers too (only another 20 to go).

In another improvement I have a new logo, following the Nomad Racing theme and very shortly stickers too! 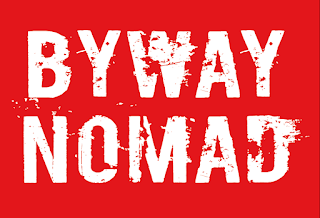