A busy month was had in July part two!

Our busy month continued as the day after returning from Verona as we headed to Hull for Owen’s graduation, a brief stop in Rotherham to collect his girlfriend from her home and we arrived and booked into our B and B, then all out for a meal.

The next day we were off to the Bonus Arena in the centre of Hull for the ceremony and of course the ritual of getting gown and mortar board and photographs, funny how somethings never change as it felt no different to my own graduation thirty seven years ago.

Owen received his degree, a First Class Honours in Computer Science and then it was on to a reception held in the next door shopping centre... somewhat bizarre!

More photos around the City Centre and another family meal followed, this time it was Owen’s choice and we ended up in Weatherspoons!

Actually the Three John Scotts in Hull was not at all bad and of course being “Spoons” was dirt cheap!

We left Owen in Hull as he now has a job there.

After the long trek back home (I have decided that Hull is definitely the end of the known world) preparations started for the next “adventure”.

Following my visit to Ragley Hall the previous week, I was off again this time with the 1090 loaded in the van (yes it can be made to fit). I set up camp on the Thursday soon meeting up with my friend Andy and an impromptu “Camp TRF” was established in the motorhomes field (the main camping being reserved for those arriving on their bikes). After unloading the bike I set about swapping the van around to become my camper for the weekend.

After that was done, I set off to inspect the course, now fully marked and signed up.

All was well so after returning to the van and changing we headed off to the main marquee for the exhibitors dinner… free food and bar, what was there not to like!

Concious that I would be on the bike all day tomorrow I was suitably restrained on the free beer and managed not to have too late a night.

The next day saw a dampener to proceedings as a fellow TRF member had a bike stolen overnight and Patsy Quick from Desert Rose Racing lost five bikes! I was glad I had locked the 1090 securely: A large chain to one of the van wheels and through the frame, a disc lock and large steel tent pegs and ratchet straps holding the bike down, these were in case it got windy overnight and pushed the bike over and into the side of the van but had the added advantage of making it that much harder to remove. But of course all the stolen bikes had been locked too. It seemed the thefts were targeted, so I can only guess 1090 Rs were not on the shopping list

The next three days were great fun, helping out on the adventure trail, with thankfully very few accidents and breakdowns, we had to do a few bits of rearranging as one very muddy section got progressively worse and one particular off camber descent through a gate saw a few casualties! We ended up having to transport straw bales on our bikes to make that a bit safer!

All in all it went well and was deemed a great success by all involved, it was great to see so many smiling faces all weekend.

From my point of view it could have been a nightmare for the myasthenia but I was able to take plentiful rests, each lap stopping to check on various sections or to chat to marshals, medics and organisers as well as catching up with loads of friends I kept bumping into. That way I was I was able to keep the fatigue in check and keep going all weekend.

So a great weekend and we are hoping to build on the success for next year.

Posted by Anonymous at 07:40 No comments:

A busy month was had in July!

As Grainne was leaving her current job for her new one in Oxford she had a few weeks of leave built up so I took a couple of weeks off too.

On the Monday I took the opportunity to ride to Leicestershire to start the planning for the next Rallymoto Adventure Cannonball. This was inspired by my role as Assistant Race Director of Britain’s largest (and arguably the best) international one day cycle race; the Rutland Melton International CiCle Classic. 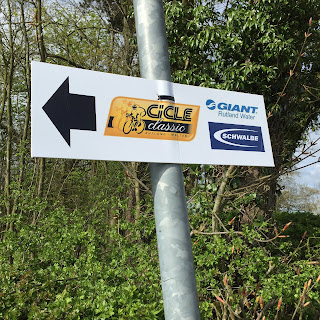 Although a traditional road race it is inspired by Continental events like the Paris – Roubaix and the Ronde van Vlaanderen (Tour of Flanders) and therefore makes use of rough back roads and unsurfaced highways.

Over the 15 years I have worked on the race I have often thought of the potential for motorcycle events and this is the ideal opportunity. As well as several sections of the route both current and previously used, I discovered some ideal additional trails, too rough for bicycles but ideal for adventure bikes.

Two days later I was off to Ragley Hall in Warwickshire to inspect the proposed adventure trail for the Adventure Bike Rider Festival in two weeks time. Being run by the TRF I had been asked to take the role of Clerk of the Course. All was good and it was great fun riding the trail in the magnificent setting of the Hall's grounds.


After this it was off to Oxford for one of my regular visits to see my Neurologist, Dr Leite at the John Radcliffe Hospital. A quick dash down the M40 and I arrived in plenty of time although the heat and effort of riding were starting to take it's toll.

Having been on the same dose of steroids for three months, I was hoping I’d be able to reduce further.  Whilst she was pleased with my progress, after the usual series of tests it was determined that my performance had declined slightly since my last visit so it was deemed necessary to remain on my current dose of 20 mg for another three months! It was felt that the fact it was hot with temperatures in the mid to high 20s might be a contributing factor as heat does exacerbate the symptoms of Myasthenia. Of course the fact I had spent a few hours riding the 1090 R off road most probably hadn't helped either!

The effect of heat on Myasthenia was something completely new to me as I didn’t develop the condition until September last year so hadn’t experienced last year’s heat wave. But it didn’t bode too well for the next few days.

As the next day and Grainne and I were off to Verona for a long weekend in the city that didn’t involve motorbikes but did involve a fantastic apartment through Air BnB, a lot of espresso, pasta, aperol spritz, opera and e-bikes.

We had booked online to see Carmen at the amazing Arena di Verona, originally a Roman Amphitheatre. Having printed off our e-tickets I managed to leave them at home!

So on the Friday we walked into the city and visited the booking office to collect some “proper” tickets. Whilst we were there we enquired if there was any availability that night, which there was so we immediately booked to see Aida. After that it was time to find a bar and lunch (and a particularly fine Italian Craft beer for me and the aforementioned Aperol Spritz for Grainne).

Later that day we had hired e-bikes for 48 hours, a brilliant idea as even in the 35 degree heat you can wiz along with the minimum of effort as just turning the pedals (but not actually pushing on them) engages the motor and you instantly create your own cooling breeze, The fat tyres on our “cruiser” style bikes were perfect on the bumpy and often cobbled streets and our apartment had a handy courtyard to park them in.

Certainly a great way to get to and from the opera too!

We duly turned up around seven for the production at nine and of course brought a picnic, only to be told we couldn’t bring a (glass) bottle of prosecco in because of the security restrictions.

No problem, we drank a 500ml (plastic) bottle of water and replaced the contents with prosecco! The extra we poured into our (plastic) glasses and walked in with them:

Unfortunately our plastic glasses looked so much like the real thing we then got asked no less than eight times if they were glass,,, argh!

It did of course mean we ran short on water by the end of the night as despite the sun going down, not only was the temperature still high we discovered the stones of the arena absorb heat during the day and turn into radiators at night… phew!

Aida was fantastic by the way.

On Saturday we toured the city and visited the Castel San Pietro, this would have been a daunting task on foot or on a conventional bike as it was part way up a very steep hill. But on our e-bikes it was easy, in fact despite taking a wrong turn and going to the very top of the hill, which did reveal fantastic views of Verona, it was no real effort. Grainne even found time for some shoe shopping, well a girl has to do what a girl has to do!

After returning to our thankfully air conditioned apartment for a shower and a change, it was off to the opera again.

After last night’s security problems we decanted a bottle of red wine into a 750ml plastic bottle to go with our picnic and also bought a 1.5 litre bottle of water only to fall foul of security again! Apparently you are not allowed any plastic bottles bigger than 500ml… FFS!

However the water obviously distracted them so they didn’t notice the wine being over 500ml as well. They said I could leave the water in a box just inside the security check and collect it later. So I duly crouched down by the box, waited until nobody was looking and slipped the water back into my bag….

Carmen was good but I certainly think I preferred Aida of the two operas. Maybe it's the language? Opera sounds better in Italian than French to me.

Another fun ride back through the city in the early hours followed and back to air conditioned bliss.

The next day we toured round on our bikes and visited “Juliet’s tomb”. What the City of Verona cashing in on Shakespeare’s fictional story? Who’d have thought it!

Later we returned our bikes and then explored a bit more of the city on foot, discovering just how hot and sticky it was.

Later that day we were treated to the most amazing hail storm....

So how did the Myasthenia stand up? Yes the heat certainly has an effect, everything is that little bit harder, the fatigue seemed to set in quicker and at times I felt like I was wading through treacle, not a pleasant experience but I coped.

The next day we flew home but our busy month was far from over….