What's in a number?

So whilst under "house arrest" during the covid-19 lockdown, I decided to review my 60 by 60 list (see right).

And if you can't see it, that because you're reading this on the mobile version and it doesn't appear on that, scroll down and select "View Web Version" and all will be clear

And yes I know i've only got 56 on the list at the moment but there's still time.... or is there?

Now the "rules" of this exercise were set by Gina, my sister who had the idea first as 60 things to do before the end of your 60th year on the planet. This sneakily gives you an extra year over if it were only until your 60th Birthday.

But it would appear that 2020 is going to be a complete write off due to Covid 19. 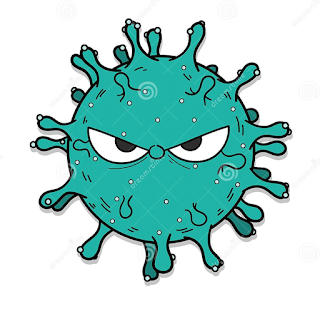 Funnily enough when I came up with the idea (or rather stole the idea off Gina) in August 2018, I wrote:

"but how to come up with a full sixty (and possibly a few in reserve in case some became impossible to achieve, either through cost, unavailability or zombie apocalypse… it pays to plan for all eventualities)."

OK so Covid 19 is not quite the Zombie Apocalypse I was thinking off but i must have known something.😱

So back to my list, I have already done: 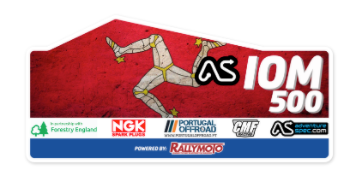 This would have been whilst working on the Rallymoto Isle of Man 500 but that has now been cancelled due to the pandemic, so still just about time if it's on in 2021.

We had already booked our hot air balloon flight (No. 2) but this had to be cancelled due to bad weather. The good news is certificates have been extended for another 18 months as a result of Covid 19, so we still have plenty of time for that. No flights before July at the moment but who really knows?

This and no less than 34 others are currently impossible due to my having to isolate, social distancing rules, the ban on non essential travel that's still in place in Wales, Scotland and Northern Ireland and the restrictions that still apply in England, because events have been cancelled, venues are closed or borders cannot be crossed.

OK some are still in the planning stage but still no idea when they will be possible.

You'll see that includes competing in the Motor Cycling Club's  (MCC) Edinburgh Rally. You may also recall my failed attempt to start in October last year but it is hoped that the trial will go ahead this year on its normal October date so here's hoping for a second try! Entries are due to open in July so hopefully we'll know more by then.

I have also decided to add the MCC's Lands End Trial (normally at Easter) and the Exeter Trial (January) as No's 55 and 56 to my list which will also mean completing the MCC "Triple" if I do them all in the same year (So is that another for the list?) as they are all events i've wanted to have a go at.

I've already had to discount:

As my heart attack in 2018 means I fall foul of the British Parachute Association regulations. That means there's actually only 55 on my list.

22. Compete in the Hellas Rally, Greece

Although the Rally was postponed it is still planned to go ahead later this year in October but to be honest finances won't allow it, we did after all buy a new house in January and i'm still not sure the myasthenia would react very well to a week long rally in extreme heat in any case so I think my international rallying career is definitely at an end! 😞

That's 54 accounted for so what's on the list that I can still do?:

Obviously I can still do this and jobs are still being advertised and a job closer to home is certainly an ambition but only if the right job appears and i'm able to get selected, so who knows? I originally put this on the list as an aspiration as I was getting fed up with my daily 50 minute commute. Of course since moving that has become a one hour, ten minute commute! So very much still an incentive. At least at present as I'm having to shield due to being in the very high risk category my commute only consists of walking downstairs to the study!